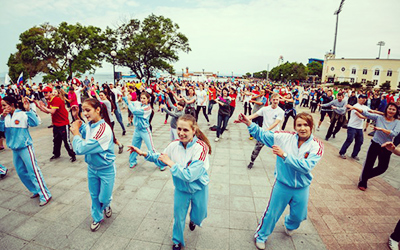 Youth Day is a celebration of Vladivostok’s young people. On this day, activists throughout the city hold fairs, lectures, an open library, the summer wit and humor competition cup, extreme competitions, quests, yoga classes, a cybersporting competition, dance master classes, bicycle excursions, and much more. The Dragon boat competitions are also a part of Youth Day. The large celebration ends with a rock concert from talented Vladivostok rock groups and the launch of a mass of illuminated balloons. 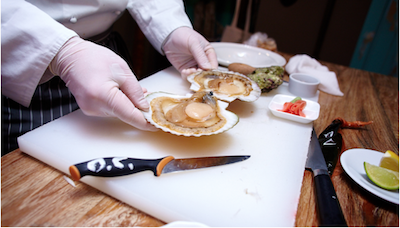 Scallops are among the most valuable ingredients of the Far Eastern cuisine. Everything in a scallop except for its stomach and shell is edible: scallop’s meat (often called [pjatа́k] in Russian, which means “penny”) is pure protein, and the mantle contains a huge amount of minerals. The first gastronomic festival “On the ridge” is devoted to this key Far Eastern seafood. Dozens of restaurants in Vladivostok, Khabarovsk, Yuzhno-Sakhalinsk and Petropavlovsk-Kamchatsky participate in the festival. All participating restaurants serve fresh Far Eastern scallops right from an aquarium. The organizer of the festival is Zuma restaurant.
Location:
Vladivostok restaurants
Phone:
+7 423 2222-666 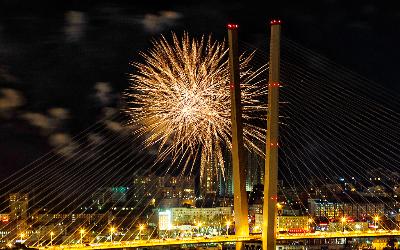 The city’s birthday is one of the largest and most beloved holidays in Vladivostok, celebrated July 2. On this day in 1860, the sailors of the military transport vessel Manchuria landed on the shores of the Zolotoy Rog Bay and founded a settlement. The celebrations in honor of this event last for about a week and include sailing regattas, exhibitions, street performances, contests, tours, pageants, and performances by popular musicians. The holiday always closes with the thunder of a dramatic fireworks display. 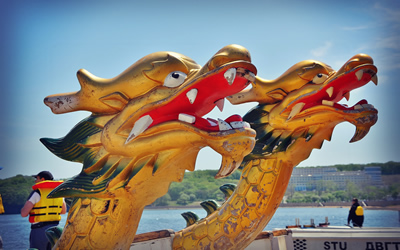 This regatta, where more than 600 rowers from Primorye and China convene, has been held in Vladivostok annually for over 10 years. Registration is open not only to crews of professional athletes, but also to teams of schoolchildren, students, military personnel, labor groups, and diplomatic missions. Veterans of the sport compete together with young rowers, and for them a special class has been created, known as «Seniors." The Dragon Boat Races are always exciting, and therefore draw a large number of spectators. Over the years, this contest has become a  sporting event that brings together people who love rowing, sports, and a healthy lifestyle. 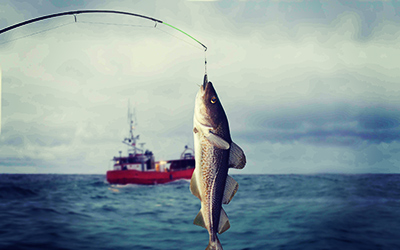 Fisherman’s Day is celebrated annually on the second Sunday of July. This is one of the seaside city’s most important holidays, which Vladivostok’s residents commemorate since 1980. On this day, it is not just the professional fishermen who are celebrated, but also those for whom fishing is a sport, a hobby, a particular state of mind or a way to convene with nature. Traditionally, Fisherman’s Day is met with concerts, contests, and theatrical performances with the appearance of King Neptune and his retinue. And be sure to try the real fisherman’s fish soup cooked in a field oven on the waterfront at Sportivnaya Gavan.