A SEA OF UNEXPLORED OPPORTUNITIES

In diving communities of the West a myth exists about Russia whose origins are unknown: The Sea of ​​Japan is not suitable for diving: the bottom is cold, dark, and empty, and the flight to Vladivostok is long and expensive.

It depends on your view of things. The biostatistics are indisputable: There are 603 species of fish in the Sea of Japan, and more than 2000 types of bottom-dwelling invertebrates. In the “warm” Black Sea: 166 fish species, 791 types of bottom-dwelling creatures. And if your choice is educational diving within the boundaries of Russia, then Crimea is a stretch. 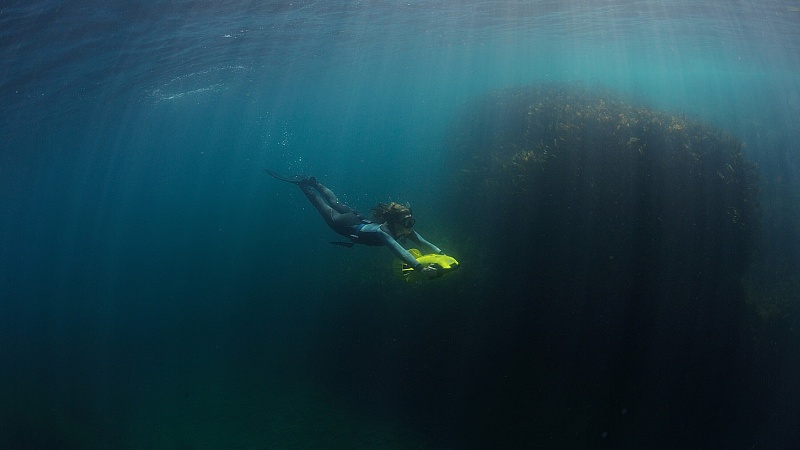 There are diving sites along the entire coastline, from Khassan to Rudnaya Pristan. And the sea is different everywhere. Two meeting currents, cold from Sakhalin and warm from Jeju, Korea, create a special world in which the tropics mix with the Arctic. Judge for yourself: in the South Khasan area outside of Slavankaya, in the height of summer, the water temperature as deep as 15 meters can reach 20 degrees Celsius, and on the same day the temperature in Vladimir Bay is +3. And one more number: there are at least five large stores which have been open for more than 10 years selling diving equipment in Vladivostok. So, there is someone to sell to and a reason to sell.

The Sea of Japan Far Eastern Marine Reserve in the Khasan District is a divers mecca, but getting there is difficult requiring special permits, but miracles happen outside the reserve. The seals pay no attention to borders and can be found everywhere, even within the city limits of Vladivostok.

Opposite the Antipenko Islands Reserve is a comfortable hotel: it is worth the plunge from the concrete pipeline, diving down 6-8 meters, and the Reserve is right before your eyes. Sea anemones, sea squirts, relatives of corals, and bottom-dwelling delicacies: sea cucumbers (usually brown, but there are green, and blue. There is no obvious partisanship among sea cucumbers; their color depends on the minerals of the bottom). Bottom-feeders are the best indicators of cleanliness around. Sea cucumbers will crawl like the plague away from any petrochemical product, whether oil residue in the mud or scraps of plastic waste. And here their relatives, cucumari, and rushing, fluttering scallops, hiding from their eternal enemies: the starfish. Fortunately, you see the relaxed tentacle of an octopus from a crevice. But do not pull on his tentacle, as he can tear off your mask and demand-valve oxygen. 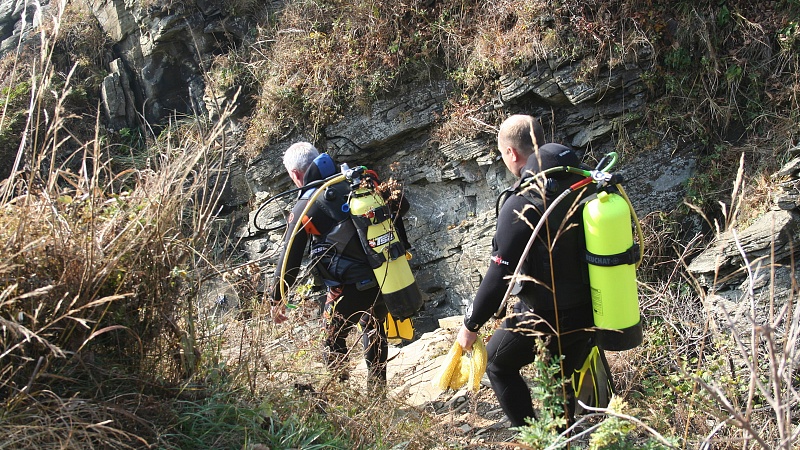 “My first scuba dive was in the summer of 1977. And since then for 38 years I have been diving in the same place. From Rudnaya Pristan to the north and to the south, all my dives are at a distance of 20-30 miles away. The Sea of ​​Japan is such that it doesn’t happen as does often in the tropical seas, where in one dive you have seen everything in the textbook.

The Sea of ​​Japan has about 600 species of fish, but even I, in my time underwater, have only seen half, maximum. The sea does not immediately give one-touch portraits of its beauty and its inhabitants. It does so slowly, unhurriedly, each time beckoning. But therefore, the macrocosm of underwater images in the Sea of ​​Japan is endless due to this unpredictability. You need only to be able to see.”

And now an immersion into a special kind of history. Off Skryplev Island, still within Vladivostok city limits, lies numbered torpedo boat 308 from the time of the Russian-Japanese war, sunk by a Japanese mine in June of 1904, sitting at a depth of 32 meters. The current is difficult and you may not have luck with the thermocline, but there is no other place in the world where you can see and touch the torpedo and fast boats of your grandfathers. Even museums have only engineering diagrams.

Two targets lie off Karamzin Island. The Japanese destroyer Hibiki and the transport ship Ingidirka. They were used as targets in the 1970s by Pacific Fleet Navy fighter-bombers, and precious-metal hunters have not yet found them; they are at a comfortable depth for diving aficionados at 27 meters. The ship’s propeller blades still glitter bronze in the depths, just like a half-century ago. It is a great place for an underwater selfie. Incidentally, it was here that the titles for the documentary film, “Taina Trekh Okeanov” (The Secrets of the Three Oceans), were shot by famous Russian TV presenter Sergey Brilyov, about the legendary submarine Vladivostok S-56.

Mysteries and legends. What more does an inquisitive diver need after the commercialized Red Sea and Phuket?! 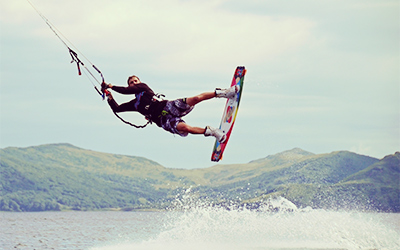 Too complicated? Dangerous? Expensive? While the majority of townspeople contemplate these stereotypes, hundreds of Vladivostok "wind addicts" are deriving great, year-round pleasure in one of the best places to practice kiting in Russia and throughout East Asia.

The wild rosemary for us is like the flowering cherry tree to the Japanese. It is the official and most beautiful symbol of Vladivostok, which can be enjoyed forever.