Gifts from The Boreal Forest and The Sea

The ethnography and the geography of the Russian Pacific region influenced the culinary habits of Vladivostok over time.

In the early 19th—20th centuries the population of the region was formed by immigrants from different corners of the Great Russian Empire, as well as from Korea and China. The first to settle were the Cossacks from the Baikal region, Orenburg, Don, and Kuban, and then civilian immigrants came from Ukraine, Belarus, Lithuania, Moldova, Finland, and Poland. After the establishment of Soviet rule in Primorye in the 1920s, demobilized soldiers from all parts of the Soviet Union settled down here as well. 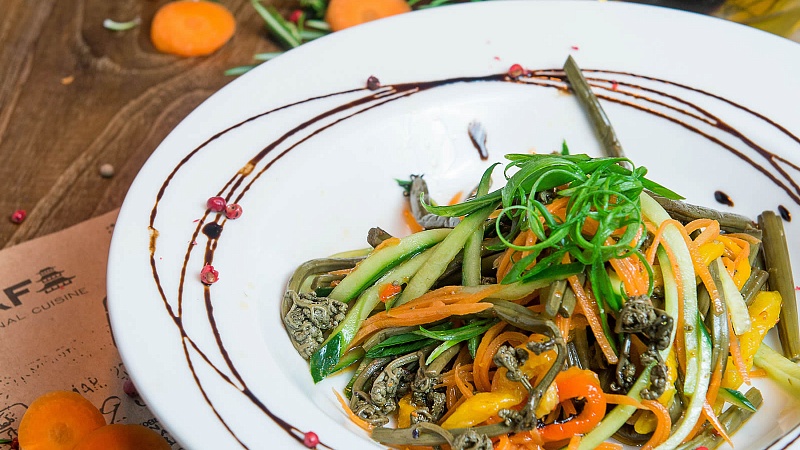 The coastal waters of the Russian Pacific region (from the Sea of Japan to the Sea of Okhotsk) are incredibly rich in all kinds of living organisms: bivalves (scallops, mussels, oysters, anadara, corbicula, spizula), echinoderms (sea urchins and sea cucumbers), crustaceans (crabs, shrimp), cephalopods (squid, octopus), and seaweed (kelp).

The Taiga (boreal forest) provides the region with many wild plants, including Kish-mish (Actinidia), Schisandra (common name — five-flavor berry), pine nuts, ferns, wild garlic, mushrooms, and delicious berries. All of it is caught, hunted, picked, cooked, and served at the table, making the Far Eastern cuisine a true gastronomic phenomenon. 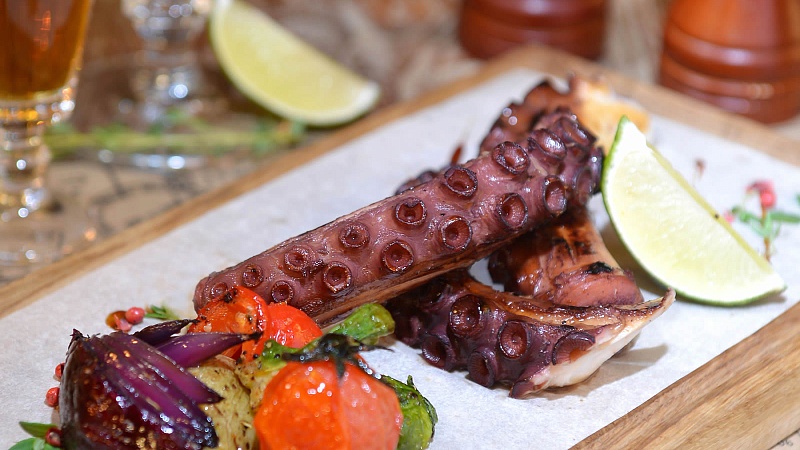 It is unlikely to find a cookbook from the Russian Far East. Nevertheless, almost every resident of Primorye considers himself a connoisseur and expert on cooking octopus, opening up a giant Pacific oyster, pickling crunchy fiddlehead ferns, making a “five-minute” salmon caviar, and roasting crusted saffron cod.

Locals will give dirty looks to chefs who attempt to fillet a fish before frying. At the same time, they know a thousand ways to prepare calamari, they can tell the difference in taste between a snow crab and a red king crab, and they believe that almost everything in the scallop shell is edible.

Korean culinary tradition influenced our cuisine the most. Unlike the Chinese, who were mostly seasonal workers before the Great October Revolution, Koreans have settled down and lived here till their deportation to Central Asia and Sakhalin at the end of the 1930s.

Today we eagerly cook and eat kimchi, spicy garlicky carrots, pickled crunchy fiddlehead ferns, and mushrooms. The pian-se (a steamed pie with cabbage, meat and spices) is a signature item of the Far Eastern fast food menu, just like a hamburger is to America.

The Chinese influence on the local cuisine is less noticeable. We’ve adapted to the rich taste of Northeastern China dishes. Yet, locals rarely cook them at home due to the uniqueness of the latter, and also due to the large number of reasonably-priced Chinese restaurants around Primorye. 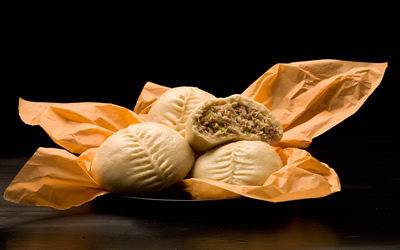 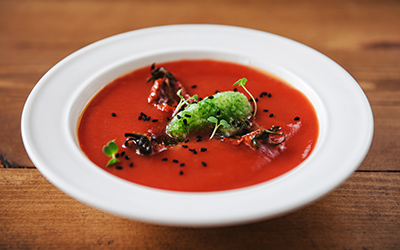 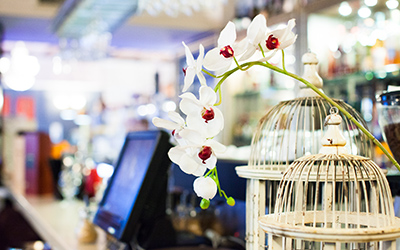