The Night of Meeting After a Separation

Chinese New Year begins with the advent of the second new moon after the winter solstice; it is the «finishing shot» in a series of New Years that we are obliged to celebrate.

Strictly speaking, since 1911 Chinese and other people of East Asian countries have not celebrated New Years, but Spring Festival. They figure that on one of the days between 21 January and 21 February one full lunar cycle ends and spring begins. Enthusiasts who joke about Russia’s «New Year Holidays» can envy our eastern neighbors’ festivities as being even more relentless — 15 days and all of them official holidays.

In China during this period, there is traditionally a collapse of public transport as billions of people go home to their parents and families. Occasionally, authorities will put additional trains into operation, and brawls break out in the ticket lines.

There is a myth in China that a long time ago a monster named Nyan had a habit of walking among ordinary people of the Celestial Empire on the first day of Spring Festival. (In translation, by the way, his name means «year»). Nyan was noted for his very good appetite, and he was especially fond of children — which upset everyone greatly. They tried to placate the monster by leaving a meal for him on the doorstep. The problem resolved itself, however, when Nyan was frightened by a child dressed in red. Since then, everyone dresses in red for New Years! Evil guests are also afraid of fireworks! 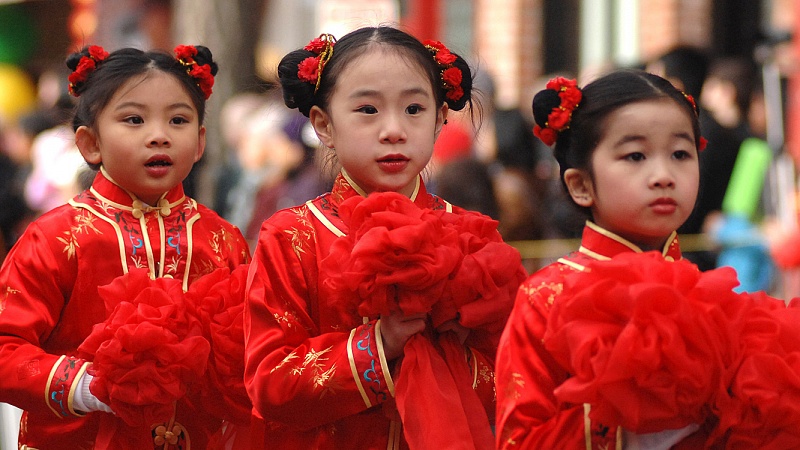 Mindful observation of each of the 15 holidays is necessary. For example, to worship ancestral spirits on the first day by visiting older relatives and eating pork, duck, chicken, lobster, fish, dried meat, and Chinese sausages.

On the second day, they visit relatives and friends, serve those in need, and pray for flourishing business activities. The third day is for sitting at home, not for going out and about. On the fourth day, large enterprises return to work, but this does not interfere with family holiday dinners.

The next two days are devoted to business prosperity and wealth (Generally in China, much is dedicated to business and wealth, so it is not surprising that one of the two New Year’s weeks is spent thinking and praying about money). 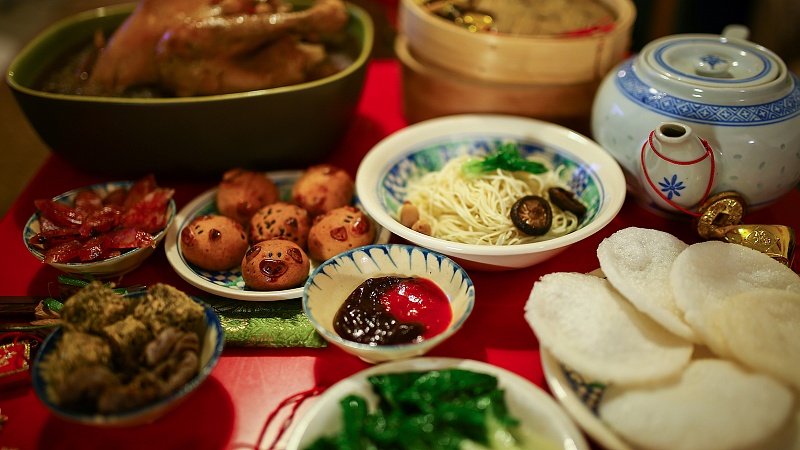 The seventh day is dedicated to humans — it is believed that on this day the «crown of creation» first set foot on the earth. They eat salad of raw fish to bring about, as you might guess, prosperity and wealth. In the next three days, for many Chinese, the holidays come to an end. The most persistent pray, spend time with family and eat leftover salads. On 13th day, they try to finish all the New Year’s libations, and to eat light, mostly vegetarian meals. And businessmen pray… for what is clear.

Day 15 — New Year ends with the Festival of Lanterns. Lighting lanterns on the streets on this day began in the second century BCE. At that time, it was done in honor of the emperor ascending the throne of WuTi. Nowadays, it is a way to illuminate the path of righteousness for lost souls.

There is a nice tradition for lonely hearts: women write their phone numbers on pieces of paper attached to Mandarin oranges, and let the oranges float down the river. A man who retrieves the Mandarin, eats it, and being honest, calls the lady to ask her out on a date. Although a huge number of the oranges sink, the chances of meeting a decent man in this way are probably higher than through any dating site.

Food on this day consists of soup accompanied by sweet dumplings stuffed with figs, beans, or chocolate. 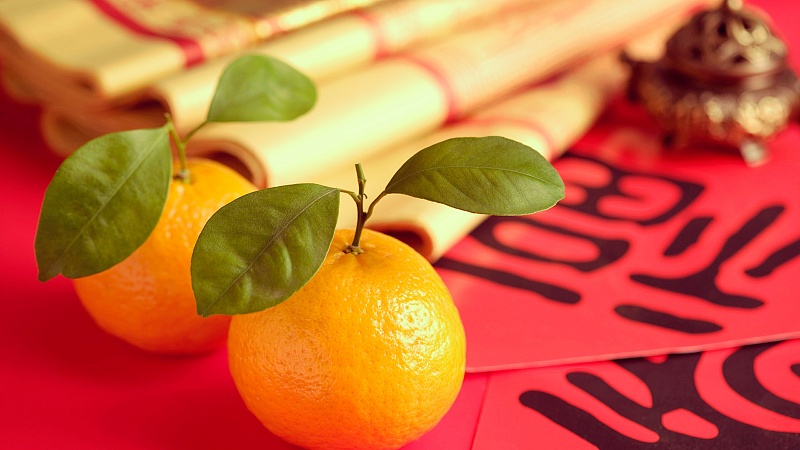 Chinese New Year came to Vladivostok, as it is not difficult to imagine, with the Chinese themselves. Elders , , Katchan, Yufu, , and persistently petitioned mayor Makovsky in 1888, and in their finest phrasing «humbly requested» that they be allowed their games using firecrackers.

They also vowed, "to preserve the city’s good order, decorum and security." 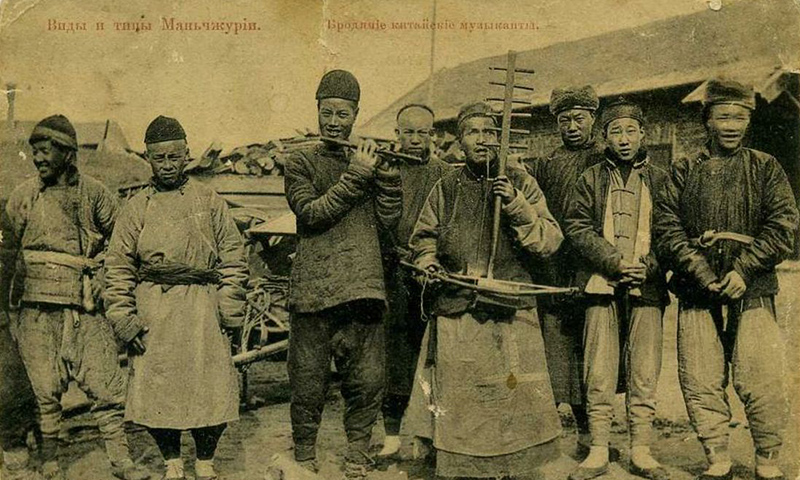 For European residents of Vladivostok, Chinese New Year was something akin to nuclear war. We had to stock up with food for the future, because no one would be selling for five days. In recent times, Asians were also very busy before the holidays: it was necessary to pay off all debts and for debtors to collect their money. People took this obligation so seriously that it came to insults on the streets and even murder. But that only happened before the New Year. At midnight, the situation changed dramatically as thousands of firecrackers, rockets, and fireworks soared through the air. Festivities were underway!

On the day before New Years, settle all debts and loans.

Buy firecrackers and fireworks - they attract good luck into the home and take away evil spirits.

In the entranceway, hang a red lantern or a red scroll.

Perform a general house cleaning (it is believed this will also cleanse your life).

Cook a duck, a suckling pig or, in a pinch, a chicken.

Prepare or buy “nyan gao” - cookies made of glutinous rice, which bring good luck. They must feature the characters for prosperity or wealth. On them you can draw a couple of carp, gold bullion, or coins.

Wish your parents health and happiness. Children give money in red envelopes. Or some trinket, wrapped in red paper.

Send and give greeting cards. But only red with gold or black letters.

Place trays in several parts of the house with oranges and tangerines (eight on each fruit platter - a sacred number, promising all infinite blessings and longevity).

The Chinese rejoiced heartily. Gliding through the streets, «dancing» a dragon made of the finest, ultrathin fish skin with colored lanterns inside, they paraded from the Chinese shrine on Korean Street, along Svetlanskaya to the Cadet’s Club at the edge of town on «Foul Wind» corner — and back.

In 1899, gunfire near the temple was prohibited, because the city hospital had been built there and patients needed their rest. However, in 1902 the Chinese resolved this issue by simply moving the «Main Caliber» of their fireworks to the eastern part of the city and «coming to an agreement» with high ranking police officials. 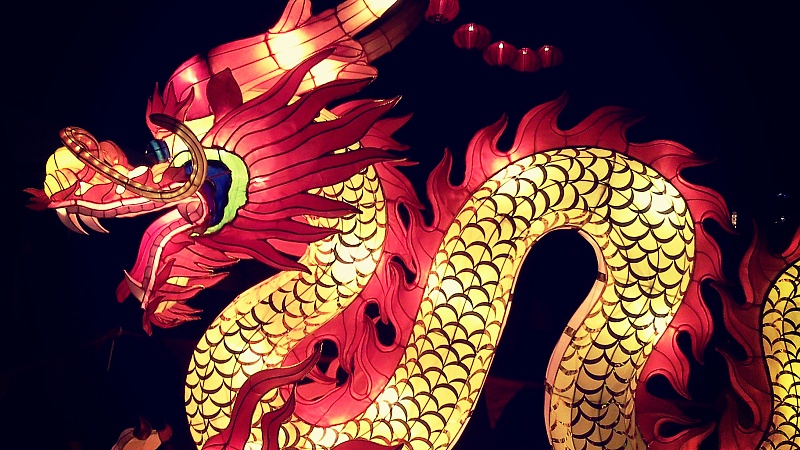 A Buddhists’ procession was noisy — they believed that before God (yes, the Buddhists believe in God), they must literally "shout till they were heard". So they woke Him with songs, shouts, musical instruments, sparklers and firecrackers. In little parachutes — toy dragons, pigs, elephants, monkeys and other fauna fell from the sky.

In all the rooms, sacrificial tables were set with red candles, incense, and incense burners. At precisely midnight, they began to bow. On their knees, first toward the door — to the spirits of heaven and earth. Then, toward the altar — to the spirits of the home and its ancestors. Next — to parents. And lastly to themselves in equal measure — bowing low from the waist.

According to writer and Vladivostok historian Matveev, a favorite Chinese dish in those days was dumplings. Of course, no celebration is complete without vodka and gourmet appetizers.

Thus things remained until the end of the 1920s. Then came Soviet power, and, as usual, celebrations started being "." In 1929, the newspaper "Red Banner" proclaimed Chinese New Year holidays undesirable and harmful — declaring that no one does any work, knocking about idly; not enough bread is made (bakers are busy with various celebrations), and freight is not removed from the docks (as longshoremen also found better things to do). 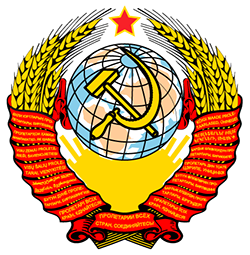 Soon agitators began to operate among "Eastern workers" so they would not goof off and would go to their places of work. The best minds and organizations - translators, departments of Chinese Studies, the newspaper "Red Flag" and even the atheists Union - were dispatched to instruct the Chinese on proper behavior. In Chinese theaters and cinemas, before the main features, anti-religious reports were presented. At the “First of May” club an antireligious exhibition opened. And in dormitories, radio productions broadcast nonsense about the dangers of the best holiday in the world. Large enterprises held "mass discussions about the class nature of New Years and the problems of Eastern workers regarding the third year of the five-year plan." Really - such a difficult choice: to work intently without looking up, or to carry a dragon along the street once, so that afterward you could live happily through the whole year? 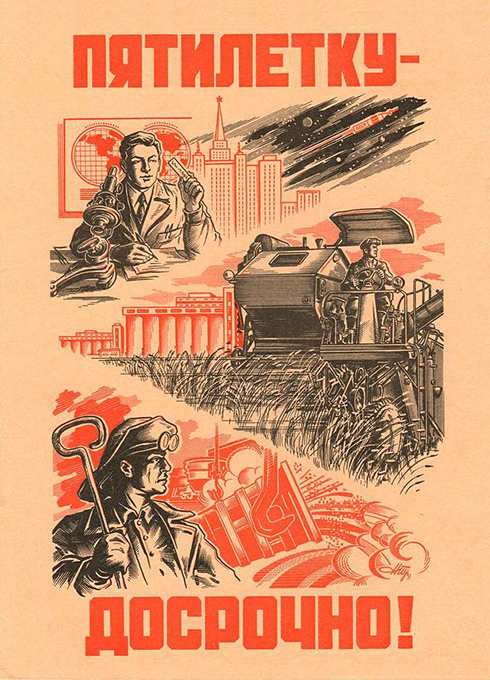 Sadly, as a result of all these measures, by the middle of the 1930s the bright, flamboyant national celebration of Chinese New Year was gone. On the other hand, the Eastern Brigade, through their hardy efforts, began to fulfill the five-year plan, even reducing by a day's wages the time needed to build the aircraft "In Memory of Lenin." Actually - the dragon was obviously more fun.

After the passing of many years, the holiday is no longer out of favor. Now, praise the spirits, celebrating Chinese New Year – with dragon and firecrackers – is a possibility. And we very much hope that the Spring Festival tradition of colorful street processions will soon return to our Eurasian city.